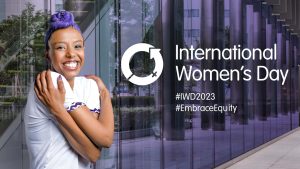 March 8th every year is earmarked for promoting International Women’s Day.
One of its main purposes is to motivate people to take action and become involved in the movement.
The movement is supported by many governments and organizations who would like to develop equality for women.
Their landing page www.internationalwomensday.com offers in depth information on various sectors they are promoting just now.
For example women in tech, in creatives and art and in health.

They offer contacts for developing relationships in many different projects and skills.
You will find submission forms asking details about yourself and what your objectives are and what you would like to get from such a relationship.

These could be to do with:
Working together on projects, being a friend of IWD or joining the community.
Apart from the sectors, there are many more so that if you have an interest in becoming involved, will find something that matches your interest.

This year’s theme is Digital Innovation for gender equality.
To give a flavour of what happened last year, Sharon Ofir made a speech on gender equality.
She gave a case where she submitted bills to the Israeli Knesset but noted looking up the seniority chain,fewer nd fewer won appeared.

She capped this off by saying even the general assembly has never been a woman.

The conference fo 2023 promises to be just as challenging for equality.
You are welcome to take part or become involved.