Peace in The Middle East, No Hopeful, Positive Step Should Be Wasted

Tor Wennesland, special coordinator for the Middle East Peace Process has made it clear that, despite an increasingly fragile situation throughout occupied Palestine, that ‘no positive, hopeful step should be wasted’ in attempts to de-escalate the increasingly dangerous situation in Gaza.
Three months into the latest escalation of hostilities, the situation remains tense with a number of Palestinian deaths reported in July and August and hostility shown by demonstrators towards Israeli security personnel who responded with the use of firearms on the protesters, injuring 51 Palestinians including 25 children and arresting 23 including well-known lawyers and prominent human-rights campaigners. 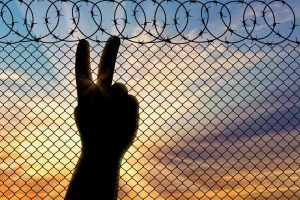 sland has stressed the need for restraint to prevent children being injured and has called on the Palestinian authorities to refrain from arresting human rights defenders, he did however welcome the partial easing of access restrictions in Gaza, a move that many hope will help trade and early dialogue that is now taking place.

Israeli ministers and their Palestinian counterparts are coming to the table to heed calls for meaningful political dialogue amidst warnings from other nations that altercations could escalate, prosperity and security levels could plummet further and international aid could not be delivered safely and consistently as things stood.
Tor Wennesland spoke about the killing of an 11-year-old Palestinian boy on 28th July in Beit Ummar and the subsequent killing of a 20-year-old man the next day at the child’s funeral, citing the need for Israel to fulfil its obligation to protect civilians from violence;
– A task that requires greater restraint and the use of lethal force only when vital to preserve life.
He also spoke about the recent arrests, calling for an immediate stop to arresting those defending human rights on charges relating to the impingement of freedom of expression.
The UN envoy did however welcome the partial easing of access restrictions in Gaza and the granting of permits to 2,000 Palestinian traders and 350 businesspeople, enabling them to cross Gaza into Israel.

Crucially though, Wennesland added that no amount of humanitarian or economic support alone has the power to overcome the many challenges Gaza is facing.
Political solutions aimed at a complete lifting of Israeli closures and the return of a legitimate Palestinian government and an independent sovereign state are the things that are required to enable the situation to move forward in a positive and lasting way.

Our Voices Official Declarations Bat Shalom in the media